We’re in week 4 of the Christmas CAL! Some fabulous pics being shared, and some people even making two!

I’m trying so hard to get my orders finished, and Christmas gifts completed so I can start my primavera blanket during the Christmas break.

This week has been so exciting! We had the little box of crochet delivery, yayy!! And they’re some gorgeous Christmas baubles, so lovely, however the colours don’t quite match my tree, they do match. My mums though, and she’s got hers up early, Mum and Dad are so finicky so I was quite surprised when she said she would make room on her tree, I can see why now! 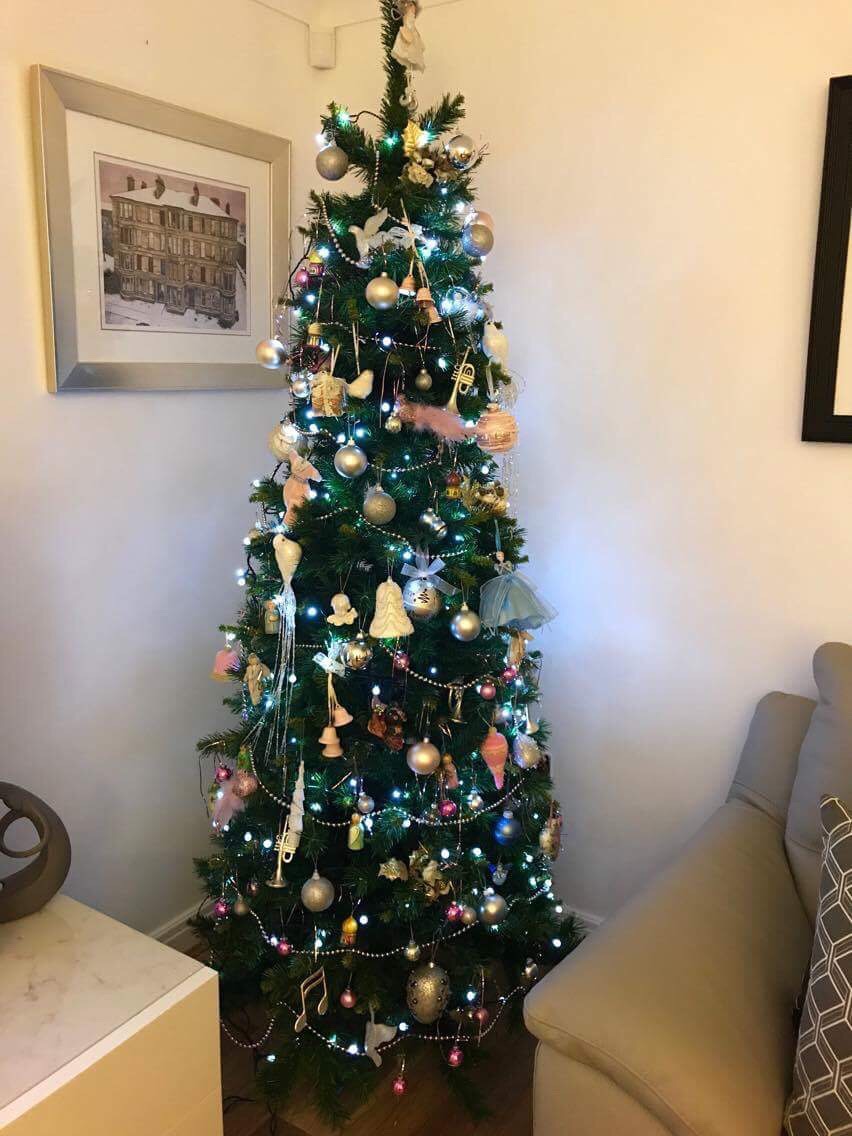 We’ve also had the ‘Not so little box of crochet’ delivered, mine came yesterday but I was working in London so finally had a squeeze and sniff today, Amanda Bloom is now doing the little box of candles, we got one with the big box and it smells delish, I wish we had smellivison so you could have a whiff!

The box is heavier and bigger than I thought and bursting with gorgeous goodies!! I thought twice about ordering it but didn’t want to miss out and I’m glad I did!

This week I have also learnt to cable crochet!! Yeahs!!! I love all types of crochet but cable I’ve never been very successful at, a work colleague asked me to make some socks for her to give as a Christmas gift, I’m currently part way through designing some socks, and was going to finish them and give them to my work colleague, but…then I saw a website called Lakeside Loops and just wow, everything they do looks like it was designed for the White company, so modern and contemporary! I love literally everything in their store, I found some kneed high cable crochet socks and knew I had to do them, so after plenty of frogging and swearing I cracked it! And they’re beautiful! I’m 75% way through the second sock and I think I’m going to do some more, even though then only use either a 4ply or dk, they’re so thick! I’ve just used some WI dk that I had already and wow!

I’m really pleased with myself!

I’ve managed to get some orders out but I’ve still to finish a Christmas jumper for Abby, the rocket space snuggle sack for my nephew, not much to do on that, a foxy cardigan for my godson and a doughnut pouffe for my niece, and some how squeeze in a cable throw for Abby!!! I’ll get them done though!!!

Then hopefully I’ll be finished everything by Christmas so during my my time off I can reward myself with my janie crow Fridas flowers primavera kit, I’ve been desperate to start it, I’ve done so well though I’ve had it since yarndale and resisted temptation! And at some point I might get to to the not so little box of crochet project too! Although that’s super chunky yarn so I think it’d work up quick!

Anyway have a fab week!